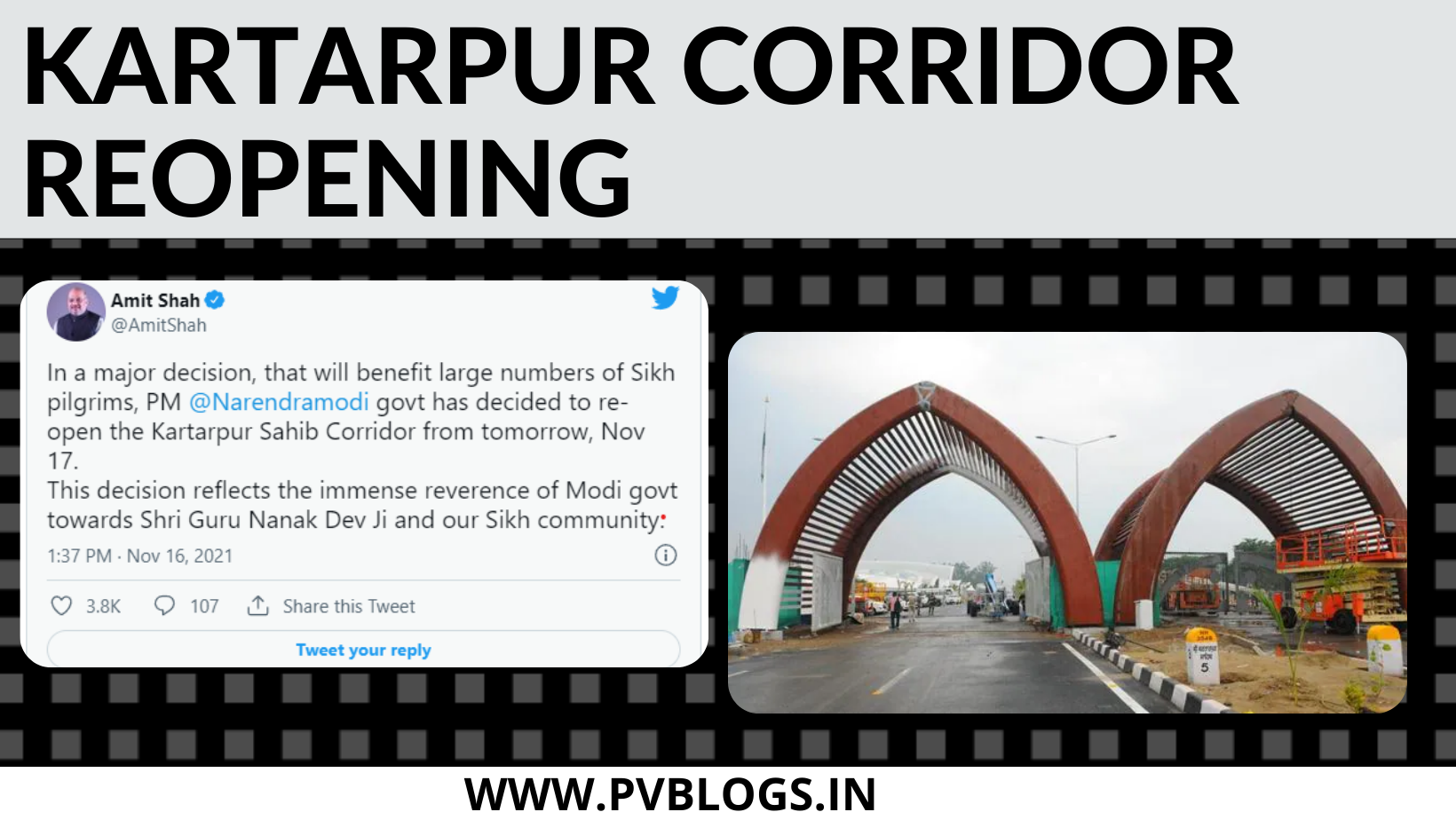 Welcome to the fresh article and if you don’t know then let me tell you that our Government has opened the corridor is going to be reopened by tomorrow ( 17 – NOVEMBER – 2021) and it will be going to benefit a large number of Sikh pilgrims.

Kartarpur corridor is a 4.4Kms stretch road to Darbar Sahib situated in Pakistan and the same is going to be reopened by tomorrow which means two days before the birth anniversary of Guru Nanak Dev Ji.

Home Minister on Reopening of Corridor

Amit Shah (Union Home Minister) said that this will benefit a large number of Sikh pilgrims. The centre had blamed Pakistan for not opening the corridor which has been shut down for more than 12 months.

Why Kartarpur Corridor was Shut Down in 2020?

The Kartarpur Corridor movement was suspended in March 2020 when due to the COVID outbreak Pakistan put restrictions on travel from India.

The corridor has a length of 4.4. Kilometres and It connects Dera Baba Nanak shrine in Gurdaspur Punjab to Darbar Sahib Kartarpur in Pakistan’s Punjab State. This is the place where Sikhism Guru Nanak Dev Ji has spent the last 18 years of his life.