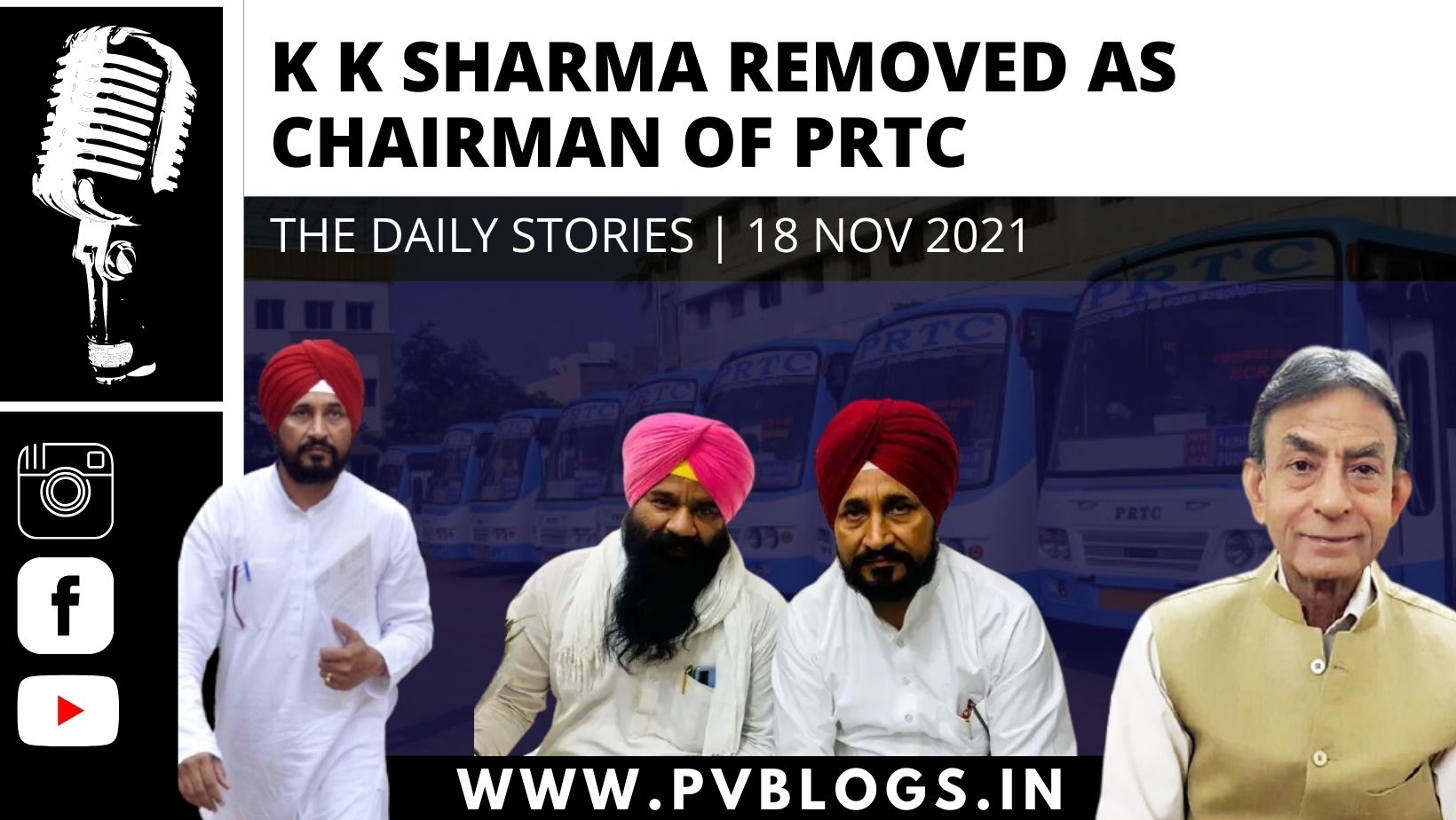 APPOINTMENT OF KK SHARMA IN 2017 AS CHAIRMAN OF PRTC

If you are active in Punjab Politics then you might know what is happening in Punjab. If you are not so much active then this blog is for you. As we know in 2017 when Captain formed his government he appointed his close KK Sharma as Chairman of PRTC and 2 months back when Captain has resigned from the position of Chief Minister of Punjab and Charanjeet Singh Channi was appointed as Chief Minister of Punjab in September 2021.

Since then New chief minister has changed the cabinet and appointed his new ministers but after listening to many rumours revolving around the removal of the Mayor of Patiala and Chairman of PRTC. The chairman one came to true and we can expect the removal of Mayor too because Today (18 November 2021) Cabinet Minister Brahm Mohindra has invited all the municipal counsellors of Patiala to Chandigarh office. Sharma has been removed from the position of Chairman of PRTC after his photo with former CM Captain Amrinder Singh and Captain’s wife MP Preneet Kaur went viral over social media.
It may be recalled that Sharma is close to Preneet Kaur and he had joined MP Preneet Kaur and several other congress councillors of Patiala with the Local congress leadership of Captain Amarinder Singh at his Siswan Farmhouse.

Earlier when Transport Minister Raja Warring had reached Patiala Bus Stand for checking, Sharma had not reached to meet him. When Raja Warring was questioned about the same he sharply replied ” Who is KK Sharma”?

KK SHARMA’S WORD ON HIS REMOVAL 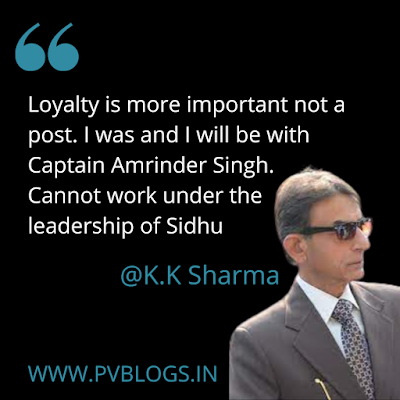 On a statement from KK Sharma on this, he said that ” He is not at all upset, He continued his statement that ” I am staunch loyalist of Capt Amrinder Singh who made me chairman of Patiala Improvement Trust in the year of 2003. Nowadays, instead of giving a stable government, Congressmen are being removed from important and crucial posts without any consideration. I have been removed just because I am a close person to the previous CM – Captain Amrinder Singh.
KK SHARMA has given a hint of quitting Congress after being removed from the Chairmanship of PRTC. Although a final decision is yet to be taken, He continued his statement that He is with the city’s leading leader Captain Amarinder Singh and in reaction to the departure of Chairmanship

he said that Loyalty is more important to him and not a post, He continued his statement that He was, is and will be with Captain Amarinder Singh. He also said that at present Congress Party has three to four different groups and he cannot work under the leadership of Navjot Singh Sidhu. He told Jagran NewsDaily that Future Strategy will be worked out and made in public soon in presence of other congress leaders in the city.

Thanks for spending your precious time on PVblogs. If you have any queries/ complaints/ or promo related ques then you can message us on Instagram and Mail us on devanshkaushaloffice@gmail.com or fill the form given below with your query. You will get a reply within 12 hours of your message.